Study of the Preposition DE Use and Meaning in Nominal Contexts

The project's goals
The main goal of this project consists in the description of the properties of the preposition DE in nominal contexts. In order to observe the behaviour of this preposition in genuine written language, a 8 million words corpus (extracted from Corpus de Referência do Português Contemporâneo) had been constructed, as well as a computer program that allowed the retrieval of relevant linguistic data: i) a list of nouns that occur at the right and at the left of the preposition and the frequency of their occurrence (frequency list); ii) a list of nouns in their natural context (concordance list).

Giving the fact that the selection of the preposition might be determined not only by its inherent properties, but also by the syntactic and semantic properties of the nominal phrases in which it occurs, several aspects were taking into account: i) derived nouns from verbs (declaratives, psychological, epistemic, e.g.), analysing the number/type of their arguments, apectual nature and thematic roles;  ii) non-derived nouns (quantity, measure, relational, iconic, e.g.); iii) determiners; iv) adjectives; v) possessives.

Target public
General people interested in the study of the preposition DE, in the grammatical category noun or in the whole nominal phrase. 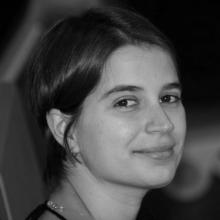