VarV - Inflectional Variants of the Verb in Spoken Continental Portuguese

This project aims at: (i) making the inventory of all the variants of verbal inflection observed in Continental Portuguese; (ii) establishing the variant patterns observed and characterize them mainly in terms of morphological and phonological features (but also in terms of the interface between morpho-phonological features and the syntactic behavior of the clusters ‘verb-clitic’); (iii) defining the main dialectal/geographical areas of each inflection pattern and the inflection continuum between areas; (iv) comparing the Portuguese inflection patterns of Northern Portuguese with those observed in Galician. Using the materials recorded under the scope of ALEPG, eleven points of the inquiry net have been studied; three papers, two lectures and one M.A. thesis have been produced. The planning for 2002-04 is the following: audition, selection of excerpts, ortographic and phonetic transcription of 30 inquiry points; filing in of an electronic database with the corresponding verbal data; linguistic analysis of the data; preparation of three papers for publication; presentation of the results of the research in two Doctoral Seminars at the Federal University of Rio de Janeiro (2002) and at the University of Santiago de Compostela (2003). 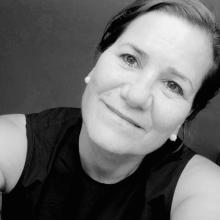