EFFE Project – Escreves como falas – Falas como escreves? (Do you write as you speak - Do you speak as you write?) 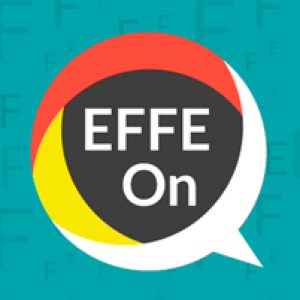 The EFFE Project aims to study the development of the writing of Portuguese children from different dialectal areas, and it has three core questions:

1. The identification of misspellings that could reflect the use by children of phonetic/phonological structures related to their dialectal variety.

2. The identification of misspellings that are common to most children.

3. The distinction between misspellings inherent to the learning process itself and those that suggest difficulties for children in mastering the orthographic conventions of language.

The main goal of the team is to provide a data set that will allow the teachers to develop didactic strategies to overcome the most common situations of inconsistency between conventional and unconventional orthographic forms that are identified in each dialectal area and in most children. In this sense, the domain of orthographic conventions is understood as a cognitive process that occurs during the early years of schooling. We, therefore, believe that the difficulties in this process can be prevented or remedied by the teacher when he or she understands the specificities of learning spelling.

The EFFE Project was created in 2012 as part of the Research Group on Correlation of Writing and Speech (NICEF, CLUL). At that time, there was no database available to deepen knowledge about the European Portuguese speaking-writing correlation. The first phase of the project planned the collection of written texts and short interviews with children in the primary education, in various regions of the country, to enable the exploration of correlations between speech and writing.

In 2015, as a product of this initial proposal, an open-access platform was created: the EFFE-On Online corpus of writing and speech of children in the early years of schooling. The EFFE-On provides the data set that is continuously being collected, and it was developed in a system using rich textual mark-up and linguistic annotation (TEITOK system by Maarten Janssen, 2014). By 2020 about 700 texts and audio fragments from six localities in the country are available, with longitudinal data for some of them. The electronic dissemination of the data follows strict anonymization criteria. It is authorized by the National Commission for Data Protection (CNPD, 5087-2017) and the Department of Education (MIME, 0605000001-2017) – Portugal. The EFFE-On is addressed to Portuguese teachers, researchers, therapists, psychologists and other interested persons who seek rigorously classified data regarding the profile of the children who produced them.

Besides obtaining and making available data for study to the scientific community and the general public, the EFFE Project disseminates results, based on analyses made by the team regarding the mastery of Portuguese language orthographic conventions, proficiency in speech and performance in textual construction, at different times of Primary Education. 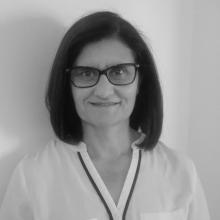 Maria do Carmo Lourenço-Gomes
Other outputs