Study of Concordance Patterns in African, Brazilian and European Varieties of Portuguese

1- to describe the facts related to that agreement, confronting the European varieties with the Brazilian varieties, some of which seem to be suffering, nowadays, a substantial change in the established value of some syntactic patterns, and with the African varieties (based on a corpus of African varieties of Portuguese of CLUL, available in the extent of the project Linguistic Resources to the Study of African Varieties of Portuguese). This description will allow us to verify if the change tendencies that seem to be in progress in the African varieties, in the verbal morphology and subject-verb agreement ambit, reveal close proprieties to those described to the Brazilian variety.

2- to enlarge the collection of data related to the agreement, inside the nominal phrase, in order to verify if the partial agreement, in this category, above illustrated, in the African varieties, actually corresponds to the pattern identified as pattern1, in the Brazilian variety.

4- to confirm or invalidate the pertinence of extending the patterns of the two dominant varieties in the sample furnished in Nano & Scherre 2003, to the remaining varieties.

5- to equate the relation between the loss of agreement of the subject to the right position, identified in the Brazilian variety and parallel data, in African varieties, revealed by the sampling above; relate, possibly, the rise of configurations in de (of), in expressions of possession relation to the post-nominal positions, in the Brazilian variety, with phenomena of agreement between the verb and the post-verbal subjects.

6- to investigate the role played be morphophonology. Most of the studies about agreement have emphasized syntactic aspects. However, there are phonologic phenomena which are relevant for the agreement: types of sandhi that occur in the border of functional and lexical constituents of nominal and verbal phrases might contribute to clarify the syntactic phenomena.

The results we want to achieve should allow us to:

(i) to make theoretical generalizations about proprieties, which until now have been considered related to distinct parameters.

(ii) to contribute in the discussion about the fact that European, Brazilian and African Portuguese should be considered or not different grammars.

(iii) to confirm hypothesis about the grammatical components which are activated in the different patterns of agreement unchaining.

(iv) to determine the most recurrent patterns of the studied varieties, comparing them with each other.

(v) to contribute to the establishment of the standard variety of Portuguese of the Portuguese speaking African countries. 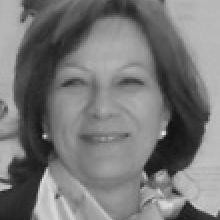 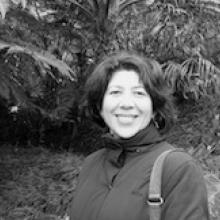